I hear its possible to switch after the fact without re-installing XP but I haven't succeeded; the intel driver installer won't unpack the drivers since I'm set up for ATA, a chicken-and-egg problem. 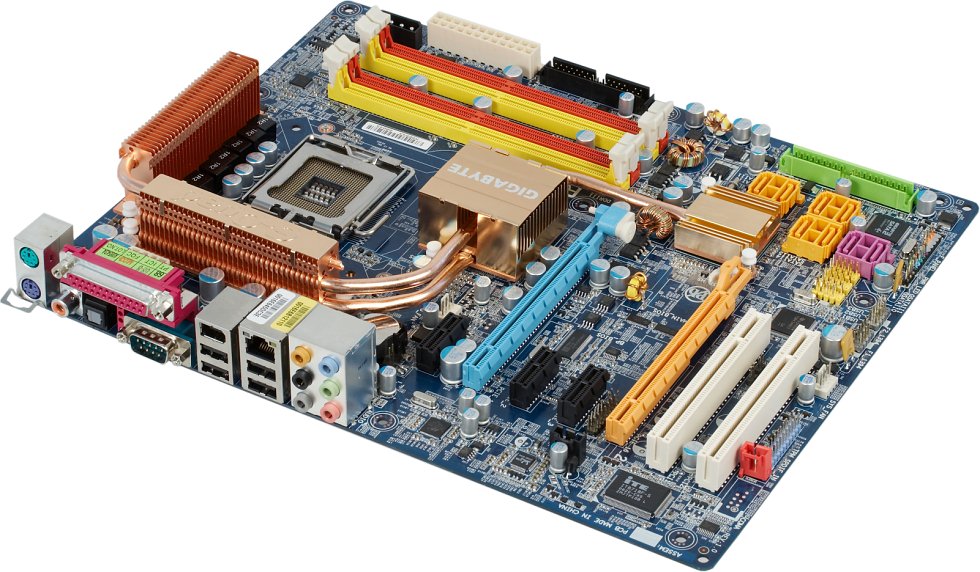 For all of that, I'm still stuck at 3. This is with timings according to cpu-z 1.

I wonder if its worth relaxing the memory timings but keeping the ratio, to try to get more FSB? Hope this helps any novices that wander in here; good luck and happy OC'ing! Looking across to the left, we Gigabyte GA-965P-DQ6 SATA2 RAID that P supports a regular PCIe x16 graphics card, just as you would expect.

It's what's left out that's telling. That's left to the more-expensive iX. We find it odd that Intel debuts its first native Core 2 Duo-supporting chipset without CrossFire support.

Again, it's what's missing that's telling. As you can see from the Gigabyte's spec. This build is my first experience with "F6 drivers" for instance, so I need a little help getting up to speed with this one. 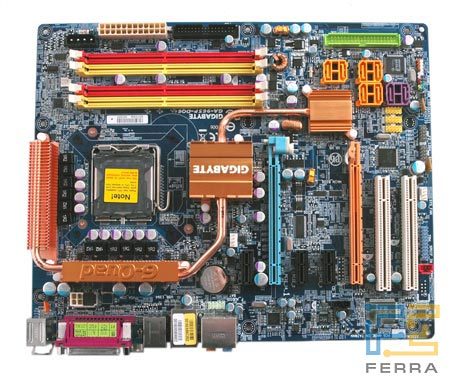 Many thanks in advance! I'm using the two extra sata port purple for the raid configuration while using two of the native ports yellow for my 2 other hard drives. Thank you for the comments.

As it turned out I was having some performance issues. Various applications would have pauses of a second or two when loading or accessing the drive.